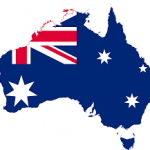 Despite the current downturn in oil prices and major LNG projects starting to come to the end of their construction phases (such as Gorgon in WA), with hiring slowing down, industry experts still remain positive broadly prospects about Australia’s energy sector as the industry transitions from a period of high investment to one of production growth (1);  1. LNG […]

Ten Live have been invited by the UK DTI (Department Trade & Industry) and SDI (Scottish  Development International) to exhibit at  Australia’s largest oil and gas exhibition in Perth Australia on 20-22 February 2013 ,as part of a UK/Scottish trade mission.  The annual exhibition attracts over 450 exhibitors from 20 countries and 11,000 visitors. This […]