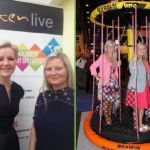 OTC 2017 – 1-4 May This week offshore energy industry experts and leaders once again gather from across the world at NRG Park in Houston, for the Offshore Technology Conference (OTC 2017). It is the largest event in the world for the oil and gas industry with more than 2,300 exhibitors and attendees representing 100 countries. […]

In 2015 U.S. oil & gas production driven by a decade of shale oil growth remained steady despite a significant decline in drilling activity. However, reports issued in early November by the Energy Information Administration indicate that production was starting to decline as operators waited for the recovery in price before completing new wells. The market […]