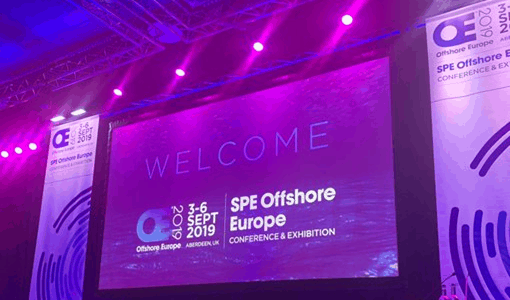 The size,  scale and sense of optimism at this year’s Offshore Europe are indicators of the recent upturn in the UK North Sea.  Production is at its highest level since 2011 – companies continue to drive greater efficiencies to enable them to compete globally, with more new opportunities are being drilled.

OGUK’s Dr Alix Thom said current levels were more in keeping with long-term trends:  “These employment figures indicate a welcome stabilisation of workforce numbers and is positive news for an industry which has a relentless focus on improving the sustainability and safety of the basin. While parts of the supply chain continue to be under real pressure with tight margins, overall our report findings indicate that the health of our industry continues to improve”.

OGUK predict the number of jobs in the North Sea will rise by about 10,000 to 269,000 in 2019. Beyond that, its ‘Vision 2035’ highlights future opportunities to extend the life of the UK North Sea by at least a generation of productive life, doubling supply chain opportunities at home and abroad which could in turn deliver 25,000 new jobs over the next 6 years.

The nature of these new and existing jobs are however going to be impacted by 2 key drivers of change in the industry, central themes at Offshore Europe 2019 – 1) Energy transition to lower carbon 2) Digitization

Skills body Opito CEO John McDonald said in September  2019  “the UKCS is currently experiencing such change on an unprecedented scale….. the greatest transformation will be in the composition of this new workforce and the types of skills necessary to thrive. We are on the cusp; we’re leaving behind the old reality of heavily-demarcated, highly-specific roles. We’re entering a new era defined by a multi-skilled energy workforce that is flexible, dynamic and technology-enabled.

It is expected that around 80% of the current workforce will still be working within the industry in 2025, taking into account natural attrition and retirement.  The industry will have to focus on  retaining these skills, as well as upskilling and reskilling their staff as the industry adapts to take advantage of new technologies and different ways of working. 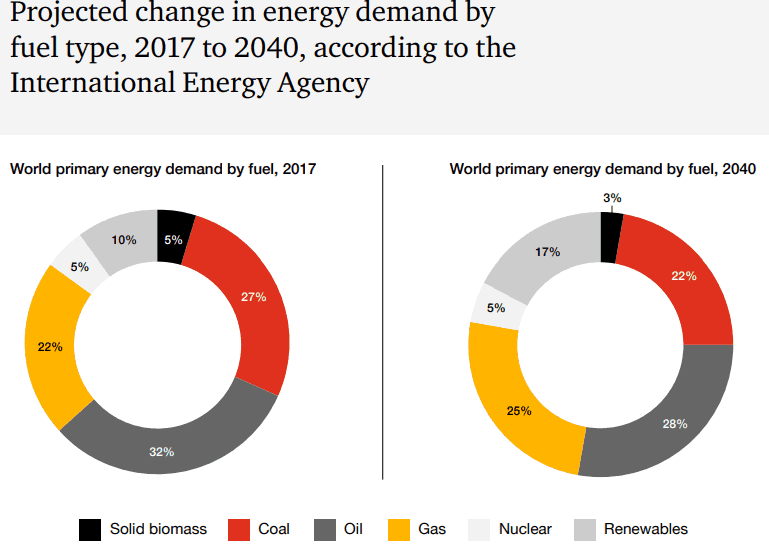 OGUK say oil and gas are expected to play a key role in the global energy mix for decades – UK government estimates show that by 2035 oil & gas will still be needed to meet two-thirds of the UK’s energy needs. The North Sea industry currently provides almost 60% of that demand. Oil and gas still accounts for about 75% of the UK’s primary energy demand with around 60% met by the UKCS.

However, the energy transition to a lower-carbon future is gathering pace  globally  as we witness a  growing trend to switch from oil and coal to natural gas and renewables.

Keynote speakers at Offshore Europe commented that although companies operating in the North Sea have been moving towards lower-carbon operations over recent years, more needs to be done, if “oil companies are to be seen as a part of the solution to these challenges, rather than part of the problem itself” and if they want to compete with sectors which have already adapted their business models to be climate-change focused adopted climate change  to attract the best in talent globally.

Michael Borrell, OE chairman and Total’s senior vice president, North Sea and Russia said at Offshore Europe 2019: “We must show that we, as an industry, are serious about the energy transition. And I believe one of the ways of doing that is not to look at our feet, as we do this, but to look forward, be ambitious, and look at the horizon—and to know how our future portfolio can evolve. We can use our expertise to make sure that it evolves in the right way. To recruit the next generation of oil and-gas sector employees, the sector needs to put the positive case for the future of oil and gas, addressing climate change measures, if it is to compete with new industries”.

In September 2019 OGUK launched a a road map outlining how the North Sea can support the UK’s aims to become a net zero carbon economy by 2050and by 2045 in Scotland.

Globally there is already evidence of  major companies diversifying from oil & gas and coal to sustainable energy / renewables;

A key theme at Offshore Europe 2019’s session ‘Securing Generation 2035′ discussing what the future workforce will look like was around the impact that technology and automation (which will continue to improve safety, efficiency and speed) will  have on manpower and how to retain existing & attract new staff.

Digitization – The Need For Upskilling

The majority of those currently in the sector are expected to remain in the next six years, emphasising the need for upskilling staff, for example in  technology and data skills sets such as analytics and remote working. Opito say introducing an element of artificial intelligence will have to be finely balanced and slowly, carefully implemented so that that depth of skills is not lost in pursuit of breadth of skills.

Mark Cullens, Director of Strategic Engagement at Opito said: “One of the findings is that technology is a key driver for the industry and will have major implications over the next five or six years. Around 80% of people in the industry will still be working within it by 2025 so there will be a big impact for reskilling of people. Management are largely behind the adoption of technology and there is a bit of repurposing needed around training budgets to this agenda“.

A rad map built on four strategic components – Retain, Retrain, Recruit, and Renew – has been designed by OPITO in partnership with Robert Gordon University’s Oil & Gas Institute to help the sector develop an increasingly flexible, multi-skilled and technology-enabled workforce.  Coordinated and facilitated by OPITO, on behalf of industry, the road map will include activities such as developing new education and training courses, technology focused apprenticeships and initiatives that support future recruitment and skills diversity.

Mark Cullens, Director of Strategic Engagement at OPITO said: “Oil and gas skills requirements are changing rapidly. Equipping the current workforce with the skills to adapt to this dynamic business environment is essential and work needs to begin right away. We have the potential to leverage UK skills and capabilities around the world, but close collaboration and partnership is needed to make an effective and lasting impact. We require a sharp focus on supporting the industry to take advantage of the benefits of digitisation and energy transition, creating a more technology-enabled, fluid and multi-skilled workforce of tomorrow. OPITO is working with industry and various stakeholders to coordinate and facilitate a route map of actions to help support the industry’s Vision 2035 and the role of the sector in the low carbon economy.”

Other Key Skills Findings By Opito:

Professor Paul de Leeuw, Director of Robert Gordon University’s Oil and Gas Institute, commented: “The digital transformation of the energy sector is already underway and we are beginning to see a real change in requirements to support this. With a substantial proportion of the existing workforce to be upskilled and with over 25,000 new people entering the industry by 2025, we have a tremendous opportunity to ensure the UK retains its position as a world class basin for energy skills. This will require a new level of collaboration between industry, governments, agencies and the education sector to ensure the present and future workforce are equipped with the requisite skills. There is real prize here for the UK and there is a collective responsibility to future-proof the skills and capabilities in the sector.”

Skills are a fundamental part of the Vision 2035 Strategy being adopted by businesses in the energy sector. They recognise that embracing the developments of new technologies is crucial to their future, but also that people are central to delivering that future: